These easy vegetarian roasted poblano peppers stuffed with beans and cheese are a lighter twist on traditional chile rellenos.  They have only five ingredients and are ready in about 30 minutes!  Perfect gluten free weeknight dinner!

Poblano peppers have been in-season lately and I'm loving it!  A couple of weeks ago, I made a simple (and lighter) creamy roasted poblano soup recipe, which has been very popular on the blog and has gotten great reviews from those who have tried it - so be sure to check that recipe out after this one!

Since roasting these beautiful peppers is a great way to bring out their flavor in a milder, more mellow way, I roasted them for today's recipe.  This recipe is a much lighter version of classic chile rellenos (which is a dish commonly found in Mexican restaurants).

Chile rellenos is basically a dish made of poblano peppers that have been roasted, stuffed with cheese, than battered and fried.  Which, don't get me wrong....is pretty tasty.  But not exactly a weeknight-friendly meal in terms of preparation or nutrition.

Instead of frying the peppers, I just stuff them and bake in the oven.  You'll notice in the directions that there's actually one more step in this recipe before the peppers go in the oven, which is boiling the peppers.  I know, sounds really weird, but I've made these peppers many times over the past few years (because they're so yummy!) and I find that if you boil the peppers before stuffing and baking, they become much more tender and delicious in the oven.  And they cook faster, so you eat sooner.  :)

The other big difference in my version of this recipe is the beans.  I love using fat free refried beans for cooking - not because they're fat free, but because regular canned or fresh refried beans usually have lard or bacon grease in them, which is not the lightest way to eat beans. ;)

So buying the fat free variety ensures that you've got beans, some spices, and not a bunch of added grease-factor or animal fat if you're trying to keep things vegetarian.  Once these peppers are stuffed with the beans, all that's left to do is top them with cheese and bake until melty and delicious.  One other bonus to this recipe - leftovers reheat beautifully for lunch the next day.  Enjoy! 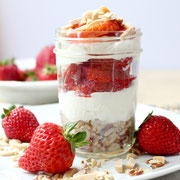 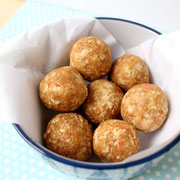 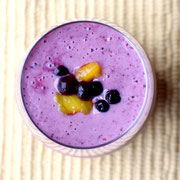 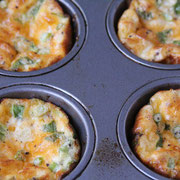 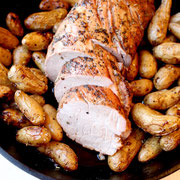 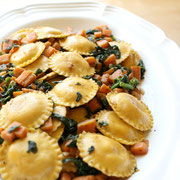 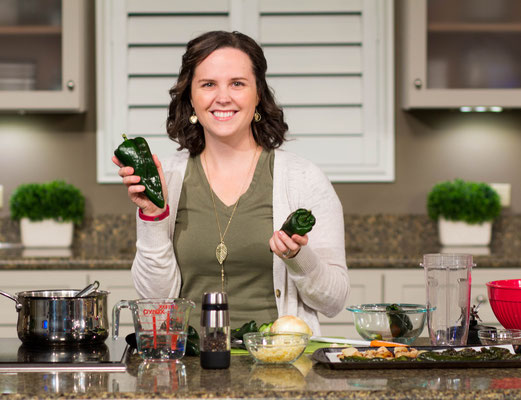 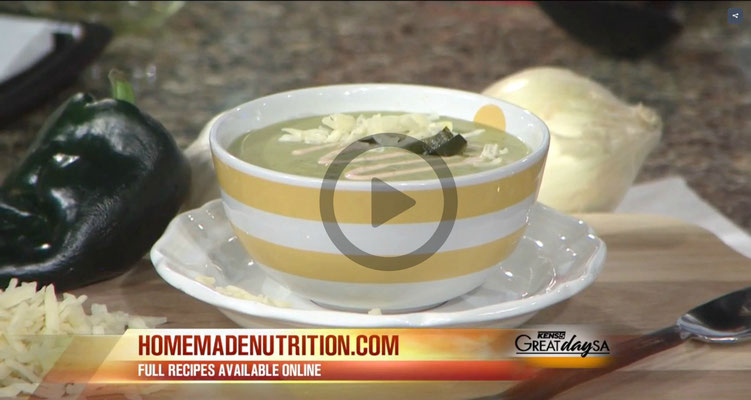