There are just two steps to making this easy homemade granola!

I don't know why I've never tried making granola before...I like granola but I always thought it took too long to make.  But recently, I discovered that it's actually really, really easy to make!  Making homemade granola involves two basic steps:  put ingredients in a bowl and mix them up, then bake it.  That's it!

So why bother making granola from scratch versus buying it from the store?  Well, granola is one of those foods that's been very incorrectly marketed as a "health food" for years.  In fact, when clients tell me about their current eating habits, it's very common for them to include a bowl of granola in their daily meal plan and think that's actually a light breakfast.  The sad truth is, granola's not really all that light.

To get the oats to turn into those crunchy little sweet bits we love, they have to have a lot of fat and sugar added to them.  When you look at the nutrition label for most commercial granolas, you'll see that the serving size is often just 1/4 cup (that's just 4 tablespoons!) and the calories are much higher than most other cereals.  It's not that granola is a "bad" food -  I don't like classifying foods as good or bad, but it's one that can be a little sneaky since it's disguised as such a healthy food.

Which brings us back to why it's better to make granola at home:  basically the reason is that you have complete knowledge and control over the quality of ingredients.  Yes, there is still honey and some oil involved to get that oat mixture to turn into granola, but you can control the amount and types of oil and sweetener.

One last tip when it comes to granola nutrition:  since it's more of a sweet treat, use it as a topping for yogurt parfaits or mix it with some nuts to make a tasty trail mix rather than eating it as a full bowl of cereal.

When creating this recipe, there's one thing I learned that's really important when it comes to making granola:  add the dried fruit AFTER the granola has baked.  I thought adding dried cranberries to my granola mixture before going in the oven would make them plump up and become more tender, but boy was I wrong!

When you take granola out of the oven, the oats haven't completely turned crispy yet, but as they cool and begin to harden, so does the dried fruit.  What I thought would be perfectly plump cranberries turned into rock-hard cranberries that I couldn't even eat.

So after taking pictures of this lovely recipe, I picked through every bit of the granola and removed every last sad little rock-cranberry.  So learn from me, and don't put the cranberries in till after it's cooked.  :) 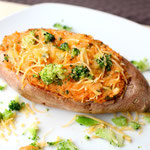 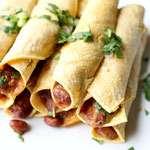 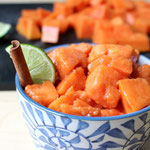